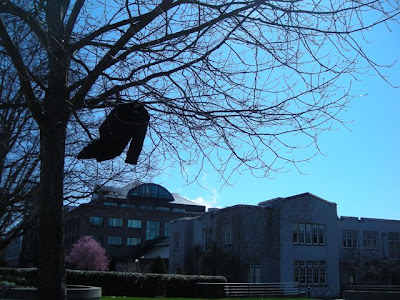 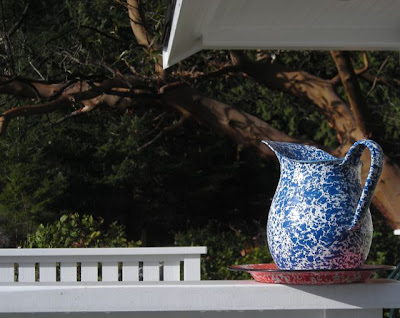 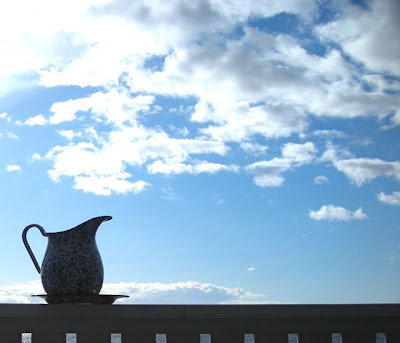 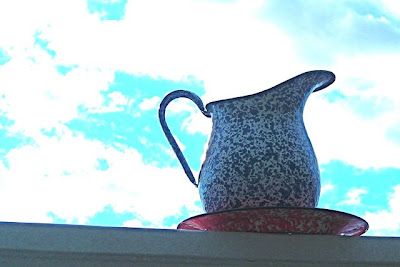 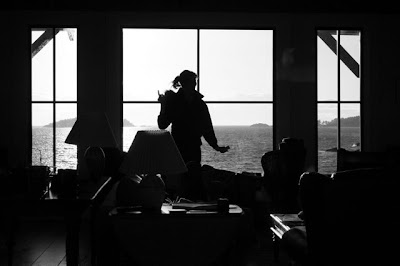 Davis, "Another Parable of the Talents"

There once was a village chief with three sons. Each of them had been given a special gift.

The oldest knew all about raising olive trees. The people of the village traded olive oil to passing peddlars in exchange for tools and cloth. With the eldest son's knowledge and love for the trees, their orchards thrived and the village prospered.

The second son was a shepherd. If the sheep became sick, he knew better than anyone else how to make them well again. Under his care, the village flocks grew healthy and numerous, and the wool they produced was much sought after for its fineness.

The third son was a dancer. When the villagers were down on their luck or bored from the tedium of work, he could raise their spirits better than anyone else. He loved to dance, and when he danced the joy of the dance filled the people and refreshed their weariness.

Now the village chief had to go on a long journey, so he called his three sons together. "My sons, the villagers are depending on you. While I am gone, see that you use your gifts as wisely and well as you can, so that when I return I will find our village even more happy and prosperous than it is now." With these words he embraced his sons and confidently departed.

For a while things went well, but when the cold winds began to blow, the village fell on hard times. No one could remember such a bitterly cold winter. The buds on the olive trees shrank and cracked. Seeing them, the first son knew that it would take the trees a long time to recover.

Eventually it got to the point where the villagers had no choice but to go to him.

"Please. We beg you. We have no wood for our fires. Cut down the trees."

At first he would not hear of it but finally he relented. "Very well. You cut them down." He knew it would be foolish to save the trees only to lose the village.

Now, the ice and snow made it impossible for traders to travel on the river or get through the mountain pass, so the villagers hadn't enough to eat. "Please. We are starving. Our children go without food. The sheep must be killed."

"I am a doctor to your sheep. How can I bear to have them killed?" But they pleaded and pleaded with him. So finally he consented and gave the sheep to the hungry villagers, for he knew that the only purpose of healing sheep was to help the village prosper; and what good would it do to spare the sheep only to have the villagers perish?

In this way the villagers got just enough wood for their fires and food for their tables. Nevertheless, the bitter winter had broken their spirit, so they began to think things were worse than they really were. They lost hope, became desperate, and family by family they deserted the village in search of a better home.

Just as spring was beginning to loosen the cold grip of winter, the village chief returned to find smoke rising from only one chimney - his own. Astonished and troubled, he rushed into the house, surprising his three sons. "What have you done? What has become of the villagers?"

"Oh please, father, forgive me. I have forsaken my gift. The people were freezing and they begged me to cut down the trees, so I did. I am no longer fit to be an orchard keeper."

"Don't be angry, father. It grew so cold that the sheep would surely have frozen anyway. And the villagers were starving, so I gave them the sheep. My gift went for naught, for I had to send the flock to slaughter."

"My sons, don't be ashamed. True, the village is not happier and more prosperous than I left it, but you did your best to make it so. And you did use your gifts wisely, for you tried in the only way you knew to save your people. But tell me, what has become of them?"

"Welcome home, father. We had so little firewood and food while you were away. It hardly seemed proper to dance during such suffering. And besides, I wanted to conserve my strangth so that when you returned I would be able to welcome you with my dancing."

"Then dance, my son. For my village is empty and so is my heart. Fill it with joy and courage once again. Please, dance."

But as the third son went to get up, he grimaced and fell. His legs were so stiff and sore from sitting that they were no longer fit for dancing.

With so much sadness in his heart that there was scarcely room for anger, the father went over to his son. "Ours was a strong village. It could have survived the want of fuel and food, but not without hope. And because you failed to use your gift, our people gave up what little hope they had left. Now the village is deserted and you are crippled. Your punishment has already befallen you." And with these words he embraced his sons and wept.

One of those emails that people forward to you

Just a sentimental Guideposts / Readers Digest type story, I suppose, forwarded to me by a friend. But I can't help but think there's something here about the role of the artist. (Of course, being an artist, I'll leave off the part where the author spells out the life lesson. You'll have to do that bit for yourselves, you lazy sods.

One man was allowed to sit up in his bed for an hour each afternoon to help drain the fluid from his lungs. His bed was next to the room's only window. The other man had to spend all his time flat on his back.

The men talked for hours on end. They spoke of their wives and families, their homes, their jobs, their involvement in the military service, where they had been on vacation.

Every afternoon, when the man in the bed by the window could sit up, he would pass the time by describing to his roommate all the things he could see outside the window. The man in the other bed began to live for those one hour periods where his world would be broadened and enlivened by all the activity and color of the world outside.

The window overlooked a park with a lovely lake. Ducks and swans played on the water while children sailed their model boats. Young lovers walked arm in arm amidst flowers of every color and a fine view of the city skyline could be seen in the distance. As the man by the window described all this in exquisite details, the man on the other side of the room would close his eyes and imagine this picturesque scene. One warm afternoon, the man by the window described a parade passing by. Although the other man could not hear the band, he could see it in his mind s eye as the gentleman by the window portrayed it with descriptive words.

Days, weeks and months passed. One morning, the day nurse arrived to bring water for their baths only to find the lifeless body of the man by the window, who had died peacefully in his sleep. She was saddened and called the hospital attendants to take the body away.

As soon as it seemed appropriate, the other man asked if he could be moved next to the window. The nurse was happy to make the switch, and after making sure he was comfortable, she left him alone.

Slowly, painfully, he propped himself up on one elbow to take his first look at the real world outside. He strained to slowly turn to look out the window beside the bed. It faced a blank wall.
Posted by Ron Reed at 11:20 AM 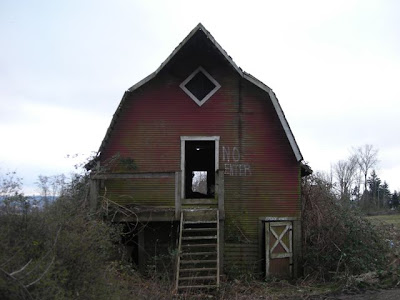 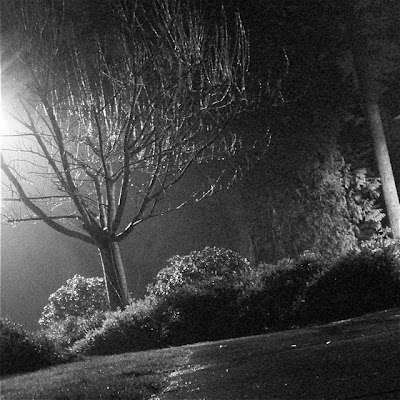 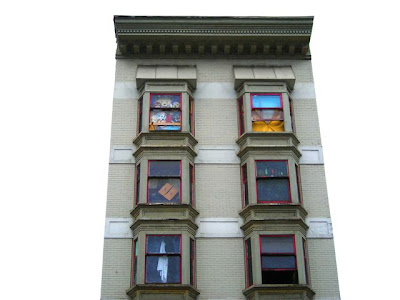 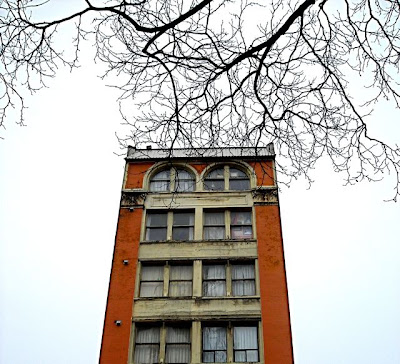 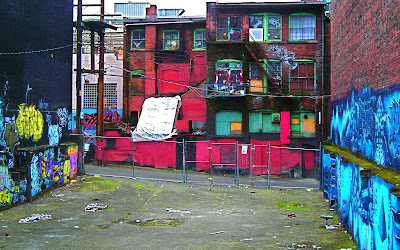 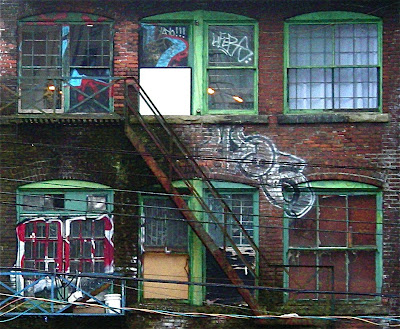 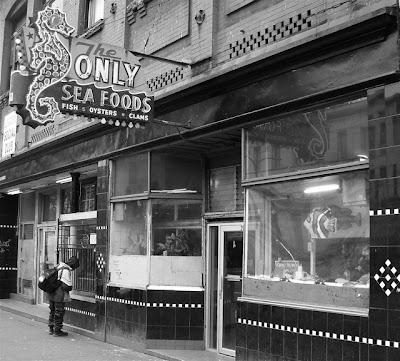 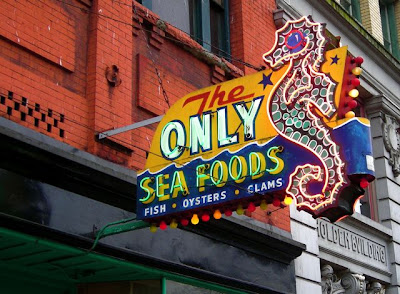 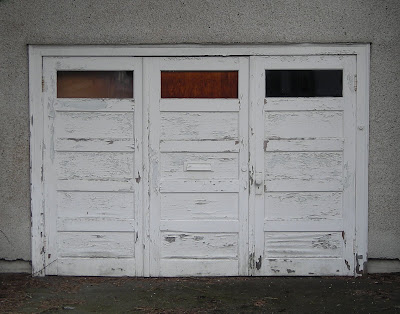 Our neighborhood theatre in Gentilly has permanent lettering on the front of the marquee reading: “Where Happiness Costs So Little.” The fact is I am quite happy in a movie, even a bad movie. Other people, so I have read, treasure memorable moments in their lives: the time one climbed the Parthenon at sunrise, the summer night one met a lonely girl in Central Park and achieved with her a sweet and natural relationship, as they say in books. I too once met a girl in Central Park, but it is not much to remember. What I remember is the time John Wayne killed three men with a carbine as he was falling to the dusty street in Stagecoach, and the time the kitten found Orson Welles in the doorway in The Third Man.
Walker Percy, The Moviegoer

I can understand somebody going to the movies because there's nothing else to do, but when somebody really wants to go, and even walks fast so as to get there quicker, then it depresses hell out of me. Especially if I see millions of people standing in one of those long, terrible lines, all the way down the block, waiting with this terrific patience for seats and all.
Holden Caulfield, in Catcher In The Rye

The allotted function of art is not, as is often assumed, to put across ideas, to propagate thoughts, to serve as an example. The aim of art is to prepare a person for death, to plough and harrow his soul, rendering it capable of turning to good.
Andrei Tarkovsky, filmmaker

I don’t see movies ‘cause they’re trash, and they ain’t got nothin’ but naked people in ‘em.
Ouiser Boudreaux, in Steel Magnolias

Enter the dream-house, brothers and sisters, leaving
Your debts asleep, your history at the door:
This is the home for heroes, and this loving
Darkness a fur you can afford.
Cecil Day-Lewis, poet & father
Posted by Ron Reed at 1:27 AM