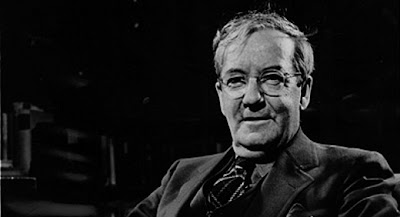 You have a man in your employ that I have thought for a long time should be fired. I refer to Sherwood Anderson. He is a fellow of a good deal of ability, but for a long time I have been convinced that his heart is not in his work.

There is no question but that this man Anderson has in some ways been an ornament to our organization. His hair, for one thing being long and mussy gives an artistic carelessness to his personal appearance that somewhat impresses such men as Frank Lloyd Wright and Mr. Curtenius of Kalamazoo when they come into the office.

But Anderson is not really productive. As I have said his heart is not in his work. I think he should be fired and if you will not do the job I should like permission to fire him myself. I therefore suggest that Anderson be asked to sever his connections with the Company on August 1st. He is a nice fellow. We will let him down easy but let's can him. 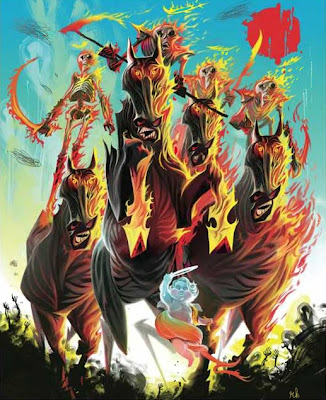 The Bible, as every Sunday-school student learns, has a Hollywood ending. Not a happy ending, certainly, but one where all the dramatic plot points left open earlier, to the whispered uncertainty of the audience (“I don’t get it—when did he say he was coming back?”), are resolved in a rush, and a final, climactic confrontation between the stern-lipped action hero and the really bad guys takes place. That ending—the Book of Revelation—has every element that Michael Bay could want: dragons, seven-headed sea beasts, double-horned land beasts, huge C.G.I.-style battles involving hundreds of thousands of angels and demons, and even, in Jezebel the temptress, a part for Megan Fox. (“And I gave her space to repent of her fornication; and she repented not.”) Although Revelation got into the canonical Bible only by the skin of its teeth—it did poorly in previews, and was buried by the Apostolic suits until one key exec favored its release—it has always been a pop hit. Everybody reads Revelation; everybody gets excited about it; and generations of readers have insisted that it might even be telling the truth about what’s coming for Christmas.

Revelation, far from being meant as a hallucinatory prophecy, is actually a coded account of events that were happening at the time John was writing. It’s essentially a political cartoon about the crisis in the Jesus movement in the late first century, with Jerusalem fallen and the Temple destroyed and the Saviour, despite his promises, still not back. Revelation is really like one of those old-fashioned editorial drawings where Labor is a pair of overalls and a hammer, and Capital a bag of money in a tuxedo and top hat, and Economic Justice a woman in flowing robes, with a worried look. Revelation is a highly colored picture of the present, not a prophecy of the future.

Yet the project of draining the melodrama from Revelation may scant some significant things even as it draws attention to others. It is possible to draw too sharp a boundary between prophetic and merely symbolic images, between mad vision and coded cartoon. Allegorical pictures of contemporary events have a way of weaving in and out between the symbolic and the semi-psychotic. This is close to an eternal truth of art: one person’s editorial cartoon is another’s weird nightmare. James Gillray, the late-eighteenth-century English cartoonist, meant his gallery of grotesques—armed skeletons and demonic imps and Brobdingnagian heads—as satiric images of contemporary British politics, but they became the image pool for Goya’s “Caprichos.” Even if there is some twist of satire to every wacky turn in Revelation, the writer’s appetite for lurid imagery — the prophetic side we sense in it — is surely part of the book’s intended effect