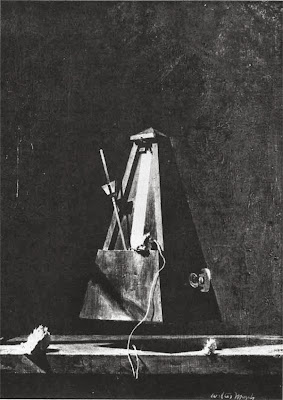 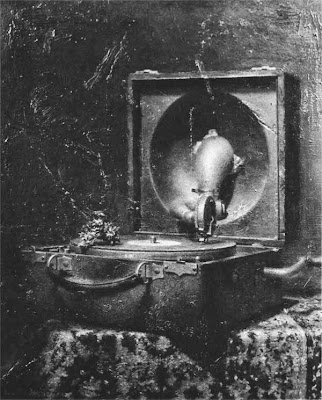 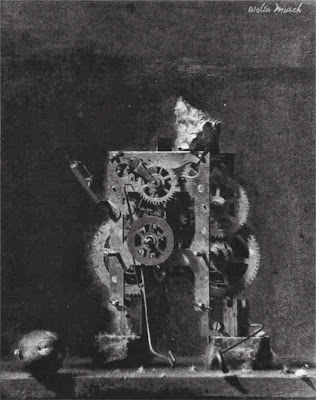 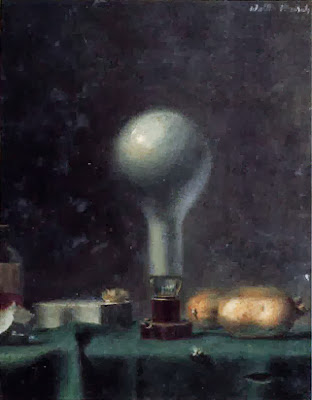 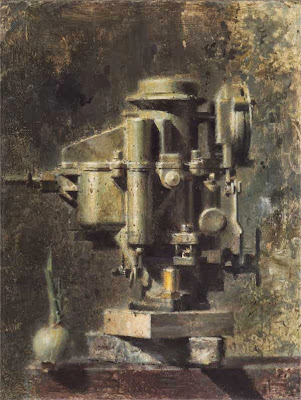 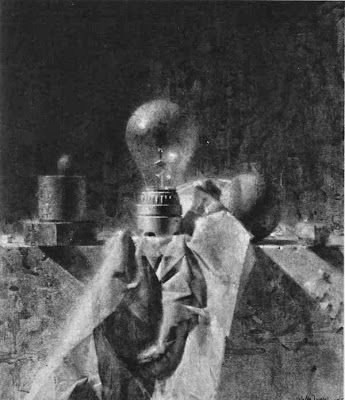 These works are by Canadian painter Walter Tandy Murch, father of acclaimed film editor Walter Scott Murch. The son talks about the father and his work Michael Ondaatje's book "The Conversations: Walter Murch and the Art Of Editing Film" on pages 230 to 234.
Posted by Ron Reed at 1:24 PM

walter murch | i begin to despair 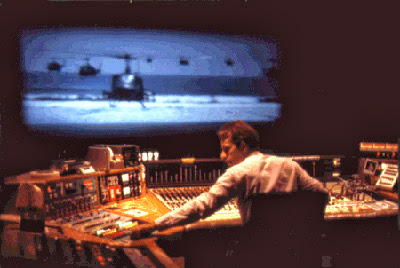 It's very difficult for me to see films when I'm working. I get too easily depressed. If they're bad, I begin to despair for filmmaking in general. It seems proof that it's impossible to make a film. You're always plagued by the question: Can we do this? So to watch a film that doesn't work is dispiriting, in a large sense.

When I watch a bad film, I often see it doing things that the film I'm working on is doing. It's like being a hypochondirac listening to medical discussions on the radio: Yes! I've got a rash right there too! That cough I had two days ago, it's proof! But this is a kind of madness, and it leads me to make wrong equations: Since such-and-such a technique is in a film that doesn't work, it means that if we're using a similar technique, our film won't work either.

On the other hand, if I see a film that I love, I think: I can use those techniques -- and I become like a magpie. It's like that crazy period in Victorian architecture when they ransacked the world -- These pineapples from southern India are marvellous, let's put them here! So when I'm working on a film, I like to see documentaries, and I like to see theatre.


from The Conversations: Walter Murch and the Art of Editing Film
by Michael Ondaatje
Posted by Ron Reed at 9:32 PM