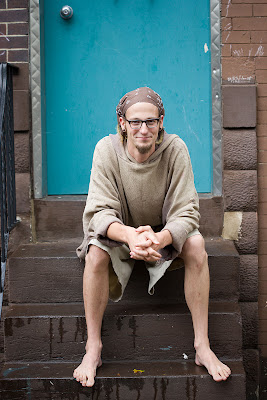 I was recently asked by a non-Christian friend if I thought he was going to hell. I said, "I hope not. It will be hard to enjoy heaven without you." 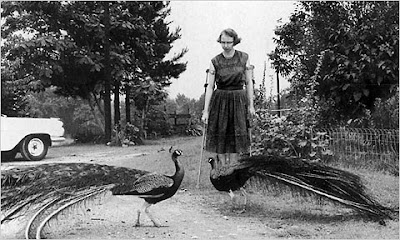 I hope you don’t have friends who recommend Ayn Rand to you. The fiction of Ayn Rand is as low as you can get re fiction. I hope you picked it up off the floor of the subway and threw it in the nearest garbage pail. She makes Mickey Spillane look like Dostoevsky.

Flannery O’Connor,
The Habit of Being
Posted by Ron Reed at 11:20 PM

c.s. lewis | what had been earth and air 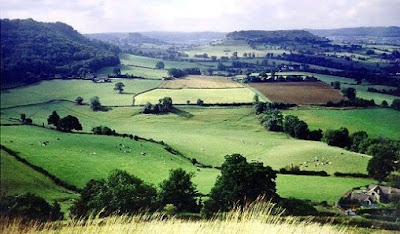 There is certainly something attractive about the idea of living as far as may be on the produce of the land about you: to see in every walk the pastures where your mutton grazed when it was sheep, the gardens where your vegetables grew, the mill where your flour was ground, and the workshop where your chairs were sawn - and to feel that bit of country actually and literally in your veins.

Tolkien once remarked to me that the feeling about home must have been quite different in the days when a family had fed on the produce of the same few miles of country for six generations, and that perhaps this was why they saw nymphs in the fountains and dryads in the woods - they were not mistaken for there was in a sense a real (not metaphorical) connection between them and the countryside. What had been earth and air & later corn, and later still bread, really was in them.

We of course who live on a standardised international diet (you may have had Canadian flour, English meat, Scotch oatmeal, African oranges, & Australian wine to day) are really artificial beings and have no connection (save in sentiment) with any place on earth. We are synthetic men, uprooted. The strength of the hills is not ours.