A year ago, beginning to find my way out of a very difficult year and a half, a fresh view of Psalm 23 became very important to me. Sweet, cuddly pastoral images had always come to mind.

The Lord is my shepherd; I shall not want.
He maketh me to lie down in green pastures: he leadeth me beside the still waters.
He restoreth my soul: he leadeth me in the paths of righteousness for his name's sake.
Yea, though I walk through the valley of the shadow of death, I will fear no evil:
for thou art with me; thy rod and thy staff they comfort me.
Thou preparest a table before me in the presence of mine enemies:
thou anointest my head with oil; my cup runneth over.
Surely goodness and mercy shall follow me all the days of my life:
and I will dwell in the house of the Lord for ever.

But late in 2007, I wasn't feeling like life was very sweet and cuddly, and mostly I felt like I was left wanting, no still waters to be found.

When I was presented with this psalm, I became curious about the rod and staff, feeling the need of some of that shepherdly comfort. Turns out the rod is a club that the shepherd uses to attack predators; little David beating back wolves with a stick. And the staff a shepherd's crook, but not just meant for decoration alongside a bathrobe in the Sunday School Christmas Pageant, or to prop up kindly, aging sheep herders.

Something hooked up in my memory, and I pulled "Rivers And Tides: Andy Goldsworthy Working With Time" from my dvd shelf. 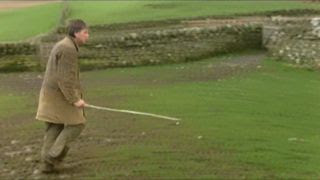 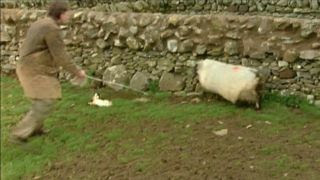 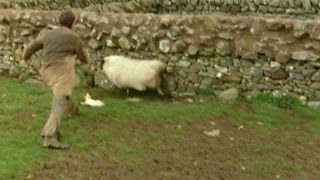 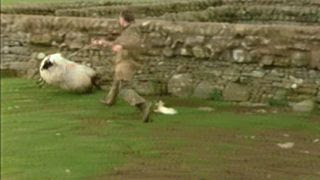 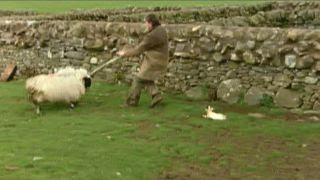 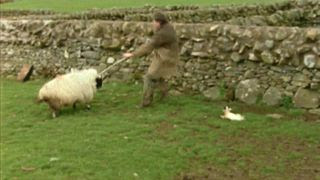 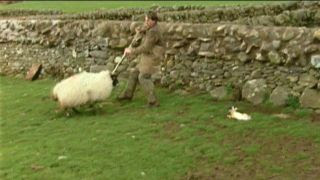 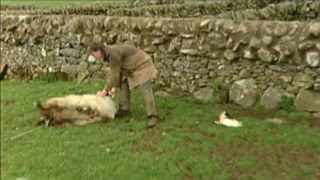 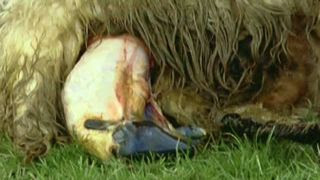 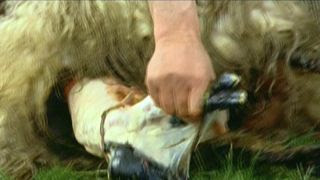 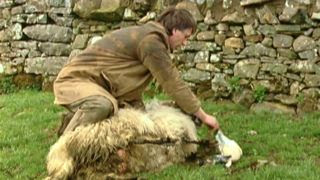 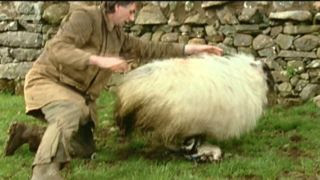 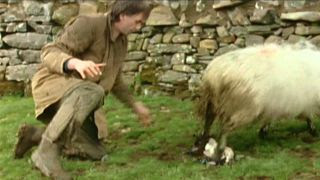 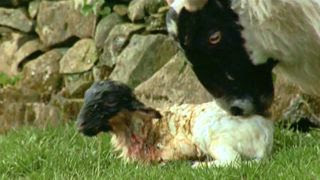 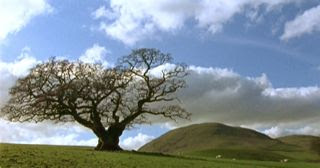 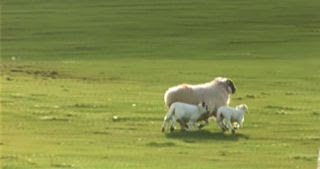 A fierce comfort, that. As he maketh me down to lie. But there's bloody purpose in it, and, eventually, goodness and mercy.
*
PS Since posting this, I found the following in my journal, from November of 2007. At the risk of over-explaining...
I have been dwelling on the "Do not be afraid" texts. "Do not be alarmed."

This morning I was wondering what the shepherd's rod and staff might be. "I will not be afraid, for Thou art with me; thy rod and thy staff, they comfort me." Learned that the rod is maybe a club to drive away predators, while the staff is just what we would think, the shepherd's crook. But "comfort" doesn't so much mean "to make us comfortable" as it means... Well, to keep from harm, something like that? Like when the sheep wanders toward a deadly dangerous valley, the shepherd can use the staff to grab the stubborn, stupid little guy and haul him back.

My enemy is more often panic than other sorts of fear: I wind myself up and scramble around.

Thinking on this, I flashed on a scene from RIVERS AND TIDES, which I re-watched the other day preparing for a talk I gave in Langley. A sheep is tearing madly about the stone sheepfold. The shepherd moves in on her resolutely, his staff held out with the business end toward her. (We always think of the picturesque shepherd holding that thing at his side, safely planted on the ground, crook skyward, like a picturesque little boy in his father's bathrobe in the Christmas pageant. We forget that it's not so much a walking stick as a tool.) A sudden grab as she races past, he's latched onto something around her neck, she's jerked to a stop and flung to the ground. And a baby lamb comes out of her. The shepherd lets her up, and she practically tramples her new baby in her scramble to get away from the shepherd. He retreats so she can calm down and tend to her baby.

Needless to say, I saw myself in her, racing around in panic, having to be hauled to the ground so I could get on with the simple, quick, good thing that needed to happen, that would inevitably happen as soon as I calmed down. That's how the shepherd comforts the sheep. This one, anyhow.