Adam Gopnik, "What Did Jesus Do?" 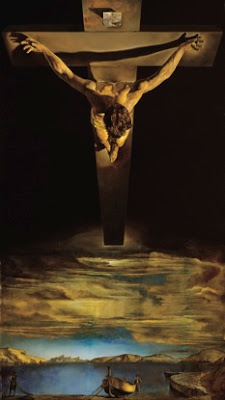 Even if we allow for Mark's cryptic tracery, the human traits of his Jesus are evident: intelligence, short temper, and an ironic, duelling wit. What seems new about Jesus is not his piety or divine detachment but the humanity of his irritability and impatience. He’s no Buddha. He gets annoyed at the stupidity of his followers, their inability to grasp an obvious point. “Do you have eyes but fail to see?” he asks the hapless disciples. The fine English actor Alec McCowen used to do a one-man show in which he recited Mark, complete, and his Jesus came alive instantly as a familiar human type — the Gandhi-Malcolm-Martin kind of charismatic leader of an oppressed people, with a character that clicks into focus as you begin to dramatize it. He’s verbally spry and even a little shifty. He likes defiant, enigmatic paradoxes and pregnant parables that never quite close, perhaps by design. A story about a vineyard whose ungrateful husbandmen keep killing the servants sent to them is an anti-establishment, even an anti-clerical story, but it isn’t so obvious as to get him in trouble. The suspicious priests keep trying to catch him out in a declaration of anti-Roman sentiment: Is it lawful to give tribute to Caesar or not, they ask — that is, do you recognize Roman authority or don’t you? He has a penny brought out, sees the picture of the emperor on it, and, shrugging, says to give to the state everything that rightly belongs to the state. The brilliance of that famous crack is that Jesus turns the question back on the questioner, in mock-innocence. Why, you give the king the king’s things and God God’s. Of course, this leaves open the real question: what is Caesar’s and what is God’s? It’s a tautology designed to evade self-incrimination.

Jesus’ morality has a brash, sidewise indifference to conventional ideas of goodness. His pet style blends the epigrammatic with the enigmatic. When he makes that complaint about the prophet having no honor in his own home town, or says exasperatedly that there is no point in lighting a candle unless you intend to put it in a candlestick, his voice carries a disdain for the props of piety that still feels startling. And so with the tale of the boy who wastes his inheritance but gets a feast from his father, while his dutiful brother doesn’t; or the one about the weeping whore who is worthier than her good, prim onlookers; or about the passionate Mary who is better than her hardworking sister Martha. There is a wild gaiety about Jesus’ moral teachings that still leaps off the page. He is informal in a new way, too, that remains unusual among prophets. He continually addresses God as “Abba,” Father, or even Dad, and the expression translated in the King James Version as a solemn “Verily I say unto you” is actually a quirky Aramaic throat-clearer, like Dr. Johnson’s “Depend upon it, Sir.”

Some of the sayings do have, in their contempt for material prosperity, the ring of Greek Cynic philosophy, but there is also something neither quite Greek nor quite Jewish about Jesus’ morality that makes it fresh and strange even now. Is there a more miraculous scene in ancient literature than the one in John where Jesus absent-mindedly writes on the ground while his fellow-Jews try to entrap him into approving the stoning of an adulteress, only to ask, wide-eyed, if it wouldn’t be a good idea for the honor of throwing the first stone to be given to the man in the mob who hasn’t sinned himself? Too much fussing about place and home and ritual, and even about where, exactly, you’re going to live, is unnecessary: be wanderers, dharma bums.

This social radicalism still shines through — not a programmatic radicalism of national revolution but one of Kerouac-like satori-seeking-on-the-road. And the social radicalism is highly social. The sharpest opposition in the Gospels is between John the Faster and Jesus the Feaster. Jesus eats and drinks with whores and highwaymen, turns water into wine, and, finally, in one way or another, establishes a mystical union at a feast through its humble instruments of bread and wine.

The table is his altar in every sense. Jesus’ fressing was perhaps the most radical element in his life — his table manners pointed the way to his heavenly morals. Within a Mediterranean Jewish peasant culture, a culture of clan and cohort, who eats with whom defines who stands where and why. So the way Jesus repeatedly violates the rules on eating, on “commensality,” would have shocked his contemporaries. He dines with people of a different social rank, which would have shocked most Romans, and with people of different tribal allegiance, which would have shocked most Jews. The most forceful of his sayings, still shocking to any pious Jew or Muslim, is “What goes into a man’s mouth does not make him unclean, but what comes out of his mouth, that is what makes him unclean.” Jesus isn’t a hedonist or an epicurean, but he clearly isn’t an ascetic, either: he feeds the multitudes rather than instructing them how to go without. He’s interested in saving people living normal lives, buying and selling what they can, rather than in retreating into the company of those who have already arrived at a moral conclusion about themselves.


edited from "What Did Jesus Do? Reading and unreading the Gospels"
by Adam Gopnik
New Yorker, May 24, 2010
Posted by Ron Reed at 8:36 AM 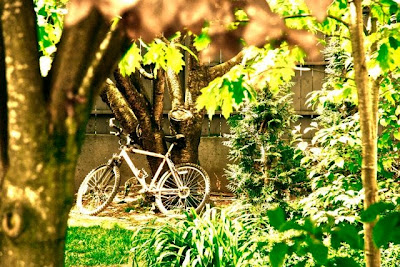 Rocky Balboa, "It ain't how hard you hit" 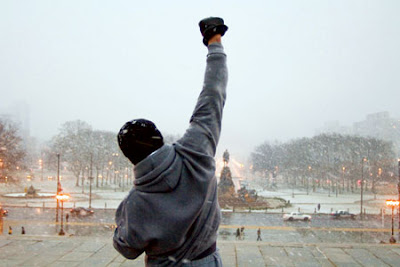 Rocky Balboa
Posted by Ron Reed at 7:34 AM