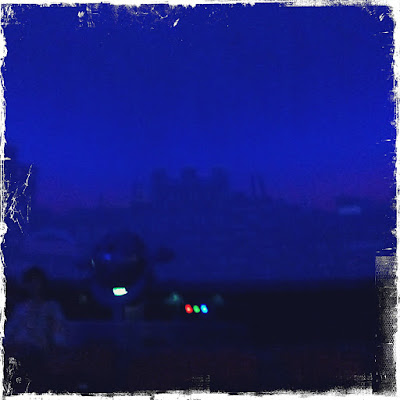 Stories tended to tumble out of Adelstein, full of crazy yakuza details, and today he told a new one. He said that during his period of obsessive research he had conducted an affair with one of Goto’s mistresses. The gangster reportedly kept more than a dozen women in Tokyo and other cities, and Adelstein slept with one who gave him useful information. Eventually, he helped her escape Goto by introducing her to a gay salaryman who needed a wife and was about to be posted overseas. He said that the couple still shared an address in Europe. I asked what the mistress was like.

“We had this lovely conversation once in bed,” Adelstein said. “She said, ‘Do you love me?’ I said, ‘No, but I like you.’ She said, ‘I like you, too. You’re a lot of fun.’ Then she said, ‘Are you sleeping with me to get information about Goto?’ I said, ‘Pretty much. What about you?’ She said, ‘Well, I hate the motherfucker and every time I sleep with you it’s like I’m stabbing him in the face.’ She was into astronomy. Once, we went to a planetarium in Sunshine City. I think that was the only time we ever went out in public together. That was our only date.” He continued, “it was nice. Another time, I gave her a gift — I bought an expensive planetarium set that Sega makes. She cried.”

He lit another cigarette. He had told me once that he didn’t expect to have a long life, but in Tokyo he always seemed happy and full of energy. I liked the image from his story: the odd couple at the planetarium, the Japanese gangster’s mistress and the cross-eyed kid from Missouri, both of them staring up at the stars. I thought about that until we reached the airport and he went off to find some shoes.


from “All Due Respect: An American reporter takes on the yakuza”
by Peter Hessler
The New Yorker, January 9, 2012

The Thomas Gantz photo of the Sunshine City planetarium is used by permission
Posted by Ron Reed at 7:53 AM

stewart henderson | in the parlour 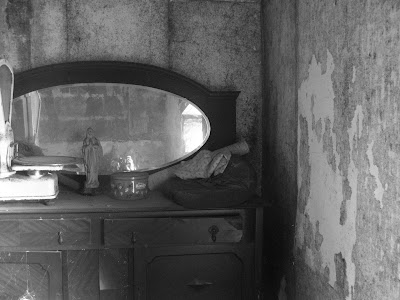 I only knew her old, and her house with its parlour polished raw
‘because God can see in the dark’.
Dense furniture to weigh weary the spirit and disapproving curtains–
even anything that had colour, hadn’t. So rainbows never called
or circuses,
and parrots were just daft –
it was a room in which to be tethered and bleak.
The best china was never used
because that would be frivolous and wasteful
and something could get chipped.
Outside in the hall, the ramrod grandfather clock
was a ticking sentry, measuring Time’s slow march steps.

I only knew her old
when she darned the days with hate.
She hated Clement Atlee because he was ‘a posh socialist’
she hated Catholics because she observed most of them were short.
She hated all forms of alcohol,
which she described as horse’s piss – but how did she know,
if she’d never tasted either liquid – and if she had,
it may have been just a bad pint or
a stallion with a kidney infection?

She hated tobacco, so a woman with a cigarette was damned
but a man wasn’t – he was just filthy.
She hated gambling, but she did the football pools,
which wasn’t gambling.
She also hated
Haile Selassie, Wilfred Pickles and the first Moon landing.
But she did like dogs – she had several,
all of them madder than Crippen.

All this hate meant that by the age of sixteen,
I was reading impenetrable left-wing books, and
drinking and smoking, and sneaking into Mass, and
getting a mate to place bets on The Grand National.
I also developed a huge affection for Ethiopian emperors,
Yorkshire broadcasters, and the Sea of Tranquillity;
and I became frightened of dogs.
She had the same birthday as Hitler, and there were days
when I used to think: ‘poor Hitler’.

I only knew her old, when life, for her, was about
the dwindling of days, and cataracts, and heavy coats in Summer
and the Pope being ecumenical on television,
and, an even worse abomination for her, a Labour government.

I only knew her old.
I did not see her hurled across the classroom by a teacher,
causing one of her little fingers to snap
(it ever after resembling the shape of a wish bone
pointing back into her palm – a penance of deformity, although
she would never use the word ‘penance’ as that was Papist.)
I did not see her after that incident, when her father
then took his belt to her because
he said she must have deserved it.

I was not there when she lost two babies in childbirth,
and a couple of husbands, and then another child.

I was there, though, when her son suddenly became a ghost,
and her siren grief made next door draw their curtains shut.
Maybe that was the day when love was finally looted from her.

I only knew her old,
and, at the end,
in her room, in her breathless bed,
when she left for somewhere
where I hoped she wouldn’t be old
or beaten
or stooped with hate.

Copyright Stewart Henderson. Must not be copied or reproduced without the author's permission. To do so is to infringe UK copyright law.
Posted by Ron Reed at 10:15 AM