B. Smaller, "Most Spiritual" 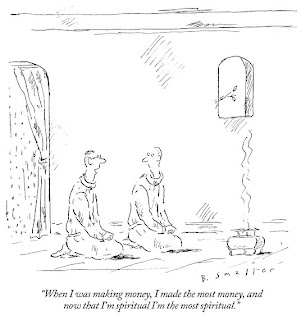 What if you think that the narrative art derives its value and importance - its ethical status - from its imitation of reality, from its truthfulness to our mundane human condition? Then plot is justifiable only to the extent that reality itself can be said to have a plot, a design: plot becomes a philosophical and,indeed, a theological question. For the Greeks, plot traces the vengeance of the gods, often working their will through human passions. For Christians, plot echoes divine Providence and its ultimate justice. In "My Literary Passions" Howells recalled his youthful reading of Dickens:

While I read him, I was in a world where the right came out best . . . and where merit was crowned with the success which I believe will yet attend it in our daily life . . . In that world of his, in the ideal world, to which the real world must finally conform itself, I dwelt among the shows of things, but under a Providence that governed all things to a good end, and where neither wealth nor birth could avail against virtue or right.

Howells' fiction, however, reveals little instinctive belief that merit will in fact be corwned with success and that the real world must conform itself to the ideal. Raised rather haphazardly as a Swedenborgian, in an Ohio saturated with Protestant piety, he slowly but thoroughly became an agnostic, and , in his middle life, turned to Tolstoy and socialism in lieu of a supernatural faith. Purposefully, then, and not from any mere aesthetic disdain of flashy effectism, his fiction is formless, and was sensed as such by his contemporaries.

William Hazlitt on style in criticism

"Any one may mouth out a passage with a theatrical cadence or get upon stilts to tell his thoughts. But to write or speak with propriety and simplicity is a more difficult task."
William Hazlitt
Posted by Ron Reed at 11:25 AM