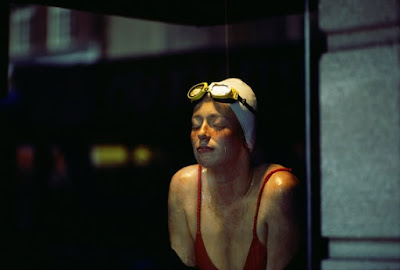 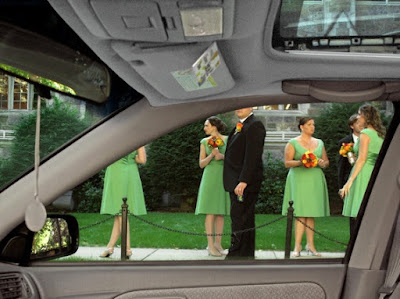 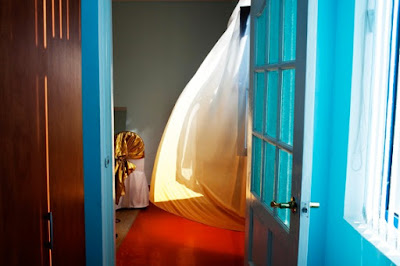 
from Cartier-Bresson: A Question of Colour
the inaugural show of The Positive View Foundation,
Somerset House, London
Posted by Ron Reed at 9:41 AM 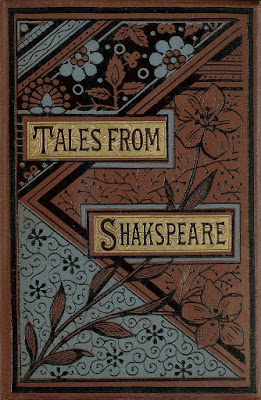 Shakespeare believed in fate, order, and forgiveness; we believe in history, justice, and compassion – three pairings so similar as to sometimes seem the same, though they are not. The novelistic, psychological work of explaining why evil people are evil gets very little energy from him. His villains are the products not of trauma and history but of nature and destiny. He amputated Iago's motive for malignancy from the Italian story where he found Othello's tragedy, in order to make the evil more absolute. Even to ask if Shylock's graspingness is a product of his people's history of exclusion would not have seemed important to him. He wasn't looking for causes. Though not satisfying to our modern sense of psychology, this is actually psychologically quite satisfying. The malevolent people we encounter in life are mostly just like that. They don't have a particular trauma that, if addressed and cured, would stop them from being evil. They were creepy, malignant kids, too....

Shakespeare also believe in forgiveness in a way that we don't. Really rotten people get forgiven, in the comedies and romances, at least, in ways that still make us uneasy. In The Tempest, As You Like It, Twelfth Night, bad actors get easy outs. Even Shylock isn't killed. Dr Johnson thought the moment when Hamlet delays killing Claudius in order to deprive him of any chance of forgiveness was "too horrible to be read or to be uttered." We are much more ostentatiously compassionate and much more effectively vindictive. Small incidents of plagiarism end careers – not a rule that Shakespeare himself would have escaped – and sexual sins can place their perpetrators forever beyond the bounds of redemption. In Shakespeare, rotten people do rotten things, but if they stick around and say they're sorry they are forgiven. By contrast, we feel everyone's pain, forgive no one's trespasses." 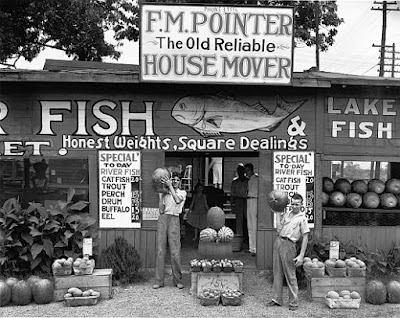 Stare. It is the way to educate your eye, and more. Stare, pry, listen, eavesdrop. Die knowing something. You are not here long.

mookie wilson | 'then i bust out' 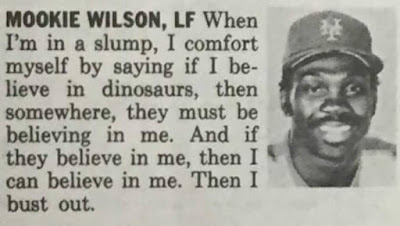