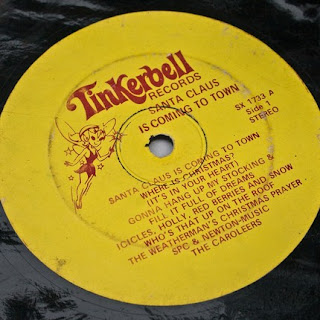 The entire human race is profoundly and desperately religious. From the dim beginnings of our history right up to the present day, there is not a man, woman, or child of us who has ever been immune to the temptation to think that the relationship between God and humanity can be repaired from our side, by our efforts. Whether those efforts involve creedal correctness, cultic performances, or ethical achievements - or whether they amount to little more than crassly superstitious behavior - we are all, at some deep level, committed to them. If we are not convinced that God can be conned into being favorable to us by dint of our doctrinal orthodoxy, or chicken sacrifices, or the gritting of our moral teeth, we still have a hard time shaking the belief that stepping over sidewalk cracks, or hanging up the bath towel so the label won't show, will somehow render the Ruler of the Universe kindhearted, softheaded, or both.

But as the Epistle to the Hebrews pointed out long ago, all such behavior is bunk. The blood of bulls and goats cannot take away sins, nor can any other religious act do what it sets out to do. Either it is ineffective for its purpose, or the supposedly effective intellectual, spiritual, or moral uprightness it counts on to do the job is simply unavailable. . . .

How sad, then, when the church acts as if it is in the religion business rather than in the Gospel-proclaiming business. What a disservice, not only to itself but to a world perpetually sinking in the quagmire of religiosity, when it harps on creed, cult, and conduct as the touchstones of salvation. What a perversion of the truth that sets us free (John 8:32) when it takes the news that while we were yet sinners, Christ died for us (Romans 5:8), and turns it into a proclamation of God as just one more insufferable bookkeeper.

The Messiah whom Jesus' contemporaries expected - and likewise any and all of the messiahs the world has looked to ever since - are like nothing so much as religious versions of "Santa Claus is coming to town." The words of that dreadful Christmas song sum up perfectly the only kind of messianic behavior the human race, in its self-destructive folly, is prepared to accept: "He's making a list; he's checking it twice; he's going to find out who's naughty or nice" - and so on into the dark night of all the tests this naughty world can never pass.

For my money, what Jesus senses clearly and for the first time in the coin in the fish's mouth (Matthew 17:24-27) is that he is not, thank God, Santa Claus. He will come to the world's sins with no lists to check, no tests to grade, no debts to collect, no scores to settle. He will wipe away the handwriting that was against us and nail it to his cross (Colossians 2:14). He will save, not some miniscule coterie of good little boys and girls with religious money in their piggy banks, but all the stone-broke,deadbeat, overextended children of this world whom he, as the Son of man - the Holy Child of God, the Ultimate Big Kid, if you please - will set free in the liberation of his death.

Robert Farrar Capon,
Kingdom, Grace Judgment: Paradox, Outrage, and Vindication in the Parables of Jesus
Posted by Ron Reed at 1:47 AM