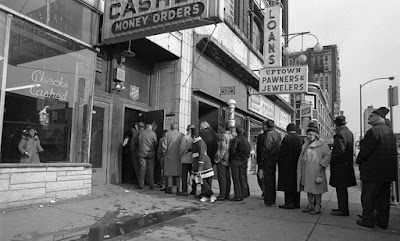 The owner of a Michigan Avenue restaurant called me with a problem that frequently comes up at Christmas. He had planned a party at his place for 100 needy children. But for some reason he had only half that many coming. Now, with the party only two days off, he was frantically trying to find an extra fifty needy children.

"Do you know where I can get them?" he said. I asked if he had tried an orphanage. He hadn't, so I gave him the name of one.

He called back a few minutes later and said: "No luck. They're already taken." All I could do was suggest that he keep trying, call orphanages and social agencies. But I warned him to expect disappointment. He had waited much too long. When you get down to the last week before Christmas, the needy children - especially orphans - already have been pretty well picked over.

Last year, on Christmas Eve afternoon, a very angry young woman called. She and some friends had just rounded up old clothes and old toys to give away, but couldn't find anyone to give them to. They had called several social agencies but they had closed for the day.

Knowing how upsetting such disappointment could be, I tried to be helpful and suggested that they wait until after Christmas when the social agencies reopened, since the clothes and toys would be needed then, too.

"But Christmas will be over then," the woman said, "and it won't be the same."

One should start thinking about these things as early as Thanksgiving-- or before, if possible...

One of the problems in looking for someone to good-deed is that there is no convenient way to shop around. What may be needed is some kind of special Christmas catalog, such as Sears put out for their merchandise, but containing instead a complete assortment of the needy. If people had something like that, they could plan calmly and avoid the frantic, last-minute rush to perform a good deed.

Best of all, there wouldn't be any disappointment. Christmas comes but once a year, and everyone should get a chance to do good. It's such a long wait until next time.
Posted by Ron Reed at 12:28 AM