rev. j.m. gates | death might be your santa claus 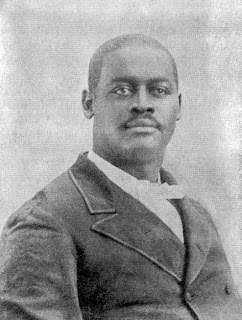 While we think on the 25th of December, we are expecting a great day. But on that day it is said that Jesus was born, but we celebrate Christmas wrong. From the way I look at this matter, shooting fireworks, cursing, and dancing. Raising all other kinds of sand.

Ah, but death may be your Santa Claus. Those of you who are speaking to the little folks and telling them that Santa Claus coming to see ‘em, and the little boys telling mother and father, “Tell old Santa to bring me a little pistol,” that same little gun may be death in that boy’s home. Death may be his Santa Claus.

That little old girl is saying to mother and to father, “Tell old Santa Claus to bring me a little deck of cards that I may play five-up in the park.” While the child play, death may be her Santa Claus.

Those of you that has prepared to take your automobiles and now fixing up the old tires, an’ getting your spares ready and overhauling your automobile, death may be your Santa Claus.

You is decorating your room and getting ready for all night dance, death may be your Santa Claus.

liner notes
“This was Rev. Gates’ most successful Christmas sermon and his first on a topical theme. Good sales caused him to record many more topical sermons and to return to his theme in 1927 with Will the Coffin Be Your Santa Claus? and in 1939 with Will Hell Be Your Santa Claus? Rev. A. Nix recorded Death Might Be Your Christmas Gift in 1927. Preachers have always been somewhat ambivalent about Santa Claus, feeling that the emphasis on gift giving and materialism obscures the role of Christmas as a celebration of Christ’s birth. Rev. Gates offers a strong reality check for those who would celebrate the holiday with too much revelry and foolishness.”
Posted by Ron Reed at 12:47 AM