October 17, 1962 - Osaka, Japan
Artist Yoko Ono joins American composer John Cage
in a performance of his piece
26'55'988 for 2 Pianists & a String Player.
Ono served as Cage's interpreter for much of the artist's 1962 tour of Japan. 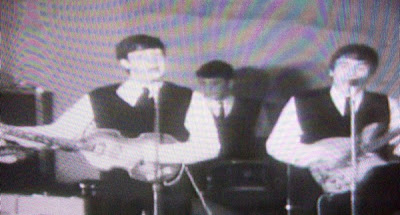 October 17, 1962 - England
The Beatles make their debut television appearance on Granada TV,
a northwest-servicing commercial television franchise.
They perform the songs "Some Other Guy" and "Love Me Do."

Source: Glenn Kenny, Some Came Running
Posted by Ron Reed at 1:03 AM